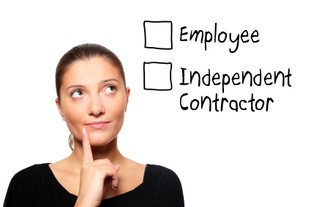 With the many recent developments around the country involving increases to minimum wage, affordable health care, and impending changes to FMLA, the staffing industry will be at the forefront on any legislative debates about utilizing a temporary or contingent workforce.

Companies such as Uber and Lyft, which provide transportation alternatives to traditional means like taxis, are already facing challenges to the rules of what makes someone an employee and not an independent contractor. What are the differences?

From a recruiter’s perspective, depending on the client, the terms “temp” and “contractor” are interchangeable in what someone is called for a defined period of work—a schedule with a beginning and an end date. The government, at both federal and state levels, generally refers to any nongovernment employee working on-site at a government location as a “contractor.” Nearly every other company, commercial or nonprofit, views that same role as a “temporary worker.”

But there are significant differences between independent contractors and temporary workers, and referring to one as the other could lead to problems, as the Department of Labor explains.

Temporary Employees: Most staffing agencies, including Vector, provide on-site support staff to their clients from individuals who are hired as employees of the agency. An employee is thus defined as someone receiving an hourly wage (W-2) and any benefits offered by the staffing company, such as vacation, health insurance, and retirement plans. In addition, hourly wage workers must be paid overtime when applicable, are eligible to receive unemployment benefits, and can be covered by workers compensation and FMLA when necessary.

Independent Contractors: Contractors, on the other hand, are individuals who are engaged by a company (or individual, for that matter) to be paid a flat amount for completion of a specific project. Contractors are specifically not temporary workers because they do not fill out timesheets or are paid and taxed using a W-2. Instead, contractors are responsible for delivery of a product by a specified deadline, no matter how many hours are spent working. Contractors also are responsible for calculating and paying their own taxes (through IRS Form 1099).

What other differences are there between independent contractors and temporary employees? If you’ve worked in both roles, which do you prefer?

Previously written by Matt Gross for the Vector TalentMEDIA team. For more Information about how Vector Talent Resources can help you, contact our talent agents at info@vectortalent.com.