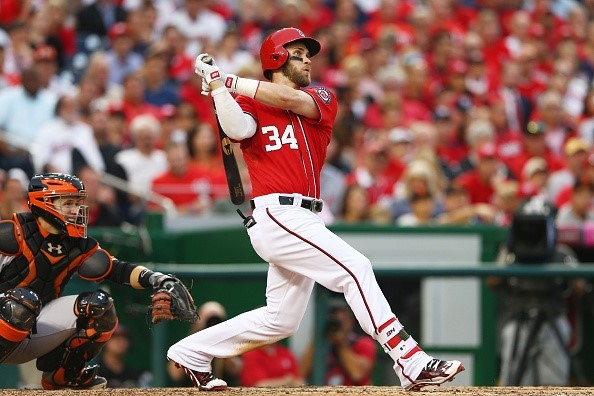 TalentMEDIA: How to Talk Baseball with New Guidance from the Associated Press Stylebook 2015

If you’re anything like me, your social media presence consists almost exclusively of talking baseball. I’m a Washington Nationals fan. Many of those posts are a poor attempt to relieve my frustration by venting about the team and our misfortunes—and mishaps. And mistakes. I never feel better afterward, but, as an editor I at least take comfort in knowing that I not only have my facts straight, but also am ranting about those facts with correct grammar and word usage. Well, the Associated Press Stylebook’s 2015 edition became available in May 2015. So, if you, too, want to use correct capitalization, hyphenation, and so on when you pontificate about baseball, it’s time to get updated.

The 2015 Associated Press Stylebook notes that the Sports Guidelines have been updated, with over 60 new or revised entries. For our purposes, these include new baseball-related entries, such as free agent, Tommy John surgery, and day to day.

As a Nationals fan, I especially can use the guidance for how to treat day to day. (How many times have we heard that used this year?) AP says the term is to be hyphenated only when used as a modifier preceding a noun. So, for example: Yunel Escobar will be evaluated on a day-to-day basis. Otherwise, no hyphen is used: Denard Span is day to day with back spasms. Substitute almost any name on the Nationals roster for both usages.

Also, a new injuries entry in Sports notes that you should be as precise as possible—without using medical jargon—in describing injuries. For example, don’t write that Jayson Werth left the game with a wrist injury. Write that he left the game after being hit by a pitch on the left wrist.

By the way, when you need to fully express your frustration, the updated obscenities, profanities, vulgarities entry offers guidance on how to treat these words. The entry still says to avoid them, unless there is a “compelling reason” to do so. I’d say the Nationals offer plenty of “compelling” reasons. In terms of your standard four-letter words, treatment hasn’t changed. But a new paragraph notes that it’s OK to use the acronym WTF, although you should avoid using it in headlines.

For more pleasant Nationals talk, in reference to Bryce Harper’s and Max Scherzer’s inclusion at this year’s All-Star Game—and the Nats’ hosting of the event in 2018—hyphenate and capitalize All-Star. So: Washington, DC, will be hosting the 2018 All-Star Game. Harper and Scherzer are All-Stars. But, unless a person has been officially named as such, the term should be lowercase.

For our presence in the postseason (please!), the new playoffs section under the baseball entry in the Sports chapter says to spell out the name of each series on its first reference, followed by its acronym on second reference onward. So, in the Nationals’ case: National League Division Series, followed by NLDS; and National League Championship Series, followed by NLCS. Also, in referencing those early-round games, series should be lowercase when used by itself. The term should be capped only when referring to the World Series. Let’s hope we get to use the capped Series this year.

For a general overview of changes in Associated Press Stylebook 2015, see Part I of this blog, posted last week.

Written by Mary Bruzzese, Editorial Project Manager at Vector TalentMEDIA. For more information about how TalentMEDIA can help with your next editorial project, contact Mary today!