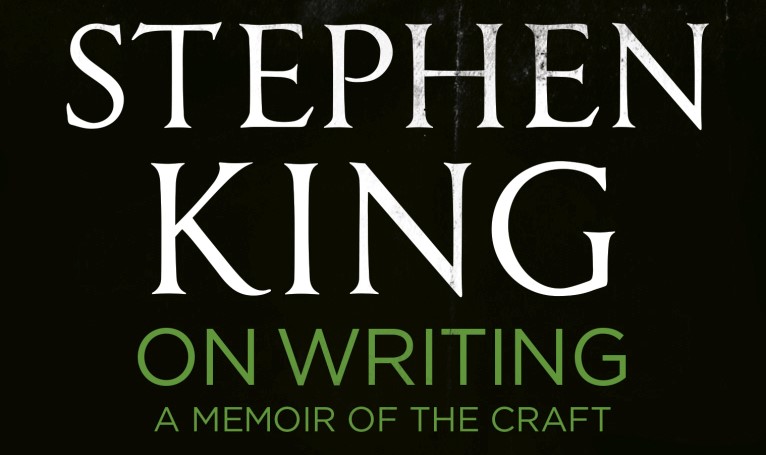 TalentMEDIA: Why Stephen King Says You Need To Know Your Grammar

In July, I was cruising around Amazon and a suggestion popped up. You’ve seen them: You might also want to buy these items. It said I should take a look at Stephen King’s book On Writing: A Memoir of the Craft. I’m not really an impulse buyer, but I quickly added his book to my shopping cart.

In just this space so far, I’ve already violated—several times—one of King’s strong admonishments about grammar usage: “The road to hell is paved with adverbs.” Do you see them? The adverbs I’m referring to are, from the first paragraph, really and quickly, and from the first sentence in this paragraph, already. These may not be egregious examples, but if you’re not paying attention, it’s easy to throw in too many adverbs.

King manages to make this and other discussions about grammar page-turners. He qualifies the “road to hell” advice, admitting he’s not successful in eliminating all the adverbs in his books, and will use one if it is the best way to make the meaning clear. He’s hard on adverbs used in dialogue attribution, but honest enough to give an example of a “stupid lapse” in his writing: “You can’t be serious,” Bill said unbelievingly.

He spends time talking about a writer’s tools, with grammar one of the most important because “bad grammar produces bad sentences.” He places grammar and vocabulary (“the bread of writing”) on the top shelf of the writer’s metaphorical toolbox. The elements of style go on the second level. Good writing, he says, “consists of mastering [these] fundamentals … and then filling the third level of your toolbox with the right instruments.”

Before King became rich and famous, he taught grammar as part of a high school business English class. It’s refreshing to find a best-selling writer who’s been around a long time harping on grammar—although he doesn’t go into it in detail in the book. If you would want to learn all about grammar, he recommends Warriner’s English Grammar and Composition.

After a long career in nonprofit communications, I have my own pet peeves. A long time ago, I learned the difference between that and which, and now I’m a bloodhound on the scent for these words being misused. I sniffed out a few sentences that botched these words. King does know the proper use of both words, but I wish that a keen-eyed proofreader had caught the following and similar instances:

“and in my desk drawer, six or seven unfinished manuscripts which I would take out and tinker with from time to time.” In this example, which should be that.

The relative pronoun that is restrictive because it identifies something (that book). In comparison, which is non-restrictive; it adds additional information about something that has already been identified. If which is the correct word to use, it begins a phrase set off by commas: The green and purple Queen Anne house on the corner, which was built in 1880, is a perfect example of the Victorian style. To test if you are using which correctly, try removing the phrase beginning with which. You should still have a complete sentence. (There are other situations when which can be used restrictively; e.g., the predicament in which we find ourselves.)

The heart of King’s book is the section “On Writing.” Here he doles out so many helpful pieces of advice that the margins of my book are full of check marks. Here’s a small sample:

“If you want to be a writer, you must do two things above all others: read a lot and write a lot.” This is his “Great Commandment.”

On writing schedule and work ethic: When King’s writing, he writes every day—including Christmas and the Fourth of July. King suggests 4–6 hours of writing a day, every day. His personal goal is 10 pages a day (2,000 words). The new writer is given a more modest goal of 1,000 words per day with one day off each week.

“Write what you like, then imbue it with life and make it unique by blending in your own personal knowledge of life, friendship, relationships, sex, and work. Especially work. People love to read about work.”

On the importance of organizing your thoughts: “Writing is refined thinking,” an echo of Strunk and White’s The Elements of Style that “good writing reflects clear thinking.”

King covers much more and has interesting thoughts about the paragraph (more important than the sentence as “the basic unit of writing”); copying other writers’ style (not always a bad thing, especially for new writers just starting out); inspired writing—the best kind; the writing muse (a grumpy guy who smokes cigars and lives in the basement); setting up your writing environment (close the door); plotting (he generally relies on intuition and “what if” situations rather than plotting); descriptions (a learned skill); dialogue (honesty is required to be good at this); building characters (you have to notice how “real people” behave); and many other topics. There are also six pages listing his favorite books.

This book not only met my expectations, but exceeded them because of how much King has crammed into a single volume of less than 300 pages. Originally published in 2000, this book includes many glimpses into his own writing life. In the opening “CV” section, we learn about King’s personal life, starting with the story of how he went through a long patch of alcoholism and drug addiction and, after a family intervention, emerged clean and sober. In the afterword, he describes how, while taking a walk in 1999, he was hit by a van. Badly injured, he was airlifted to the hospital and endured long months of physical therapy. During his rehabilitation, he pushed himself through pain to finish On Writing. After reading that harrowing tale, we can only ask ourselves: What’s our excuse for not getting our writing done?

Written by Jeanette Smith, a former freelance writer/editor for Vector TalentMEDIA. For more Information about grammar and editing and to see how the TalentMEDIA team can help you, contact Tara Madison at tara@vectortalent.com today!